History of Art and Visual Culture Department at the University of California, Santa Cruz 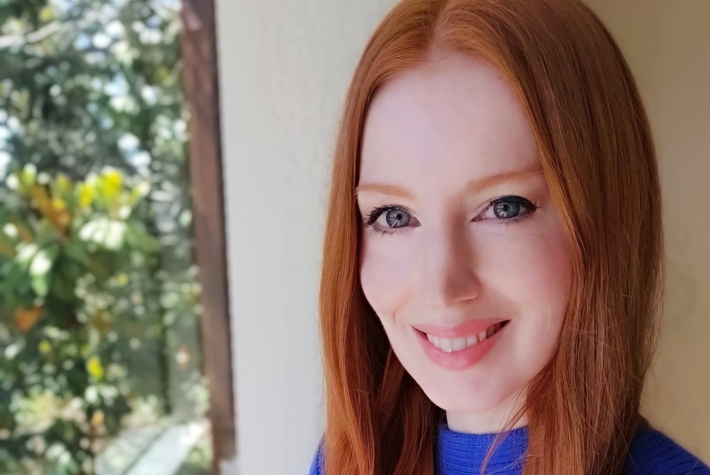 "As an art student, I think it is especially crucial to study in an area with access to museums, galleries, and an active art community."

When Catherine Ries, Studio Art ’13, was considering her higher education options, she knew she wanted to attend a college in the Twin Cities. She grew up here and realized the value of getting an art degree in an urban environment.

“As an art student, I think it is especially crucial to study in an area with access to museums, galleries, and an active art community,” she explained.

Concordia, St. Paul offered that access, as well as small class sizes that provided individualized attention, and an experienced and thoughtful faculty.

Concordia’s close-knit art program allowed Ries to challenge herself creatively, especially when it came to creating her senior exhibition.

“The opportunity to have a solo exhibition, an opportunity that larger schools rarely can provide, pushed my thinking as an artist in new and varied ways. I still look back on that moment and feel proud of that accomplishment,” she says.

After graduating in 2013, Ries quickly landed a job as an art gallery manager, but decided to continue her studies with plans of becoming an art history professor, leading her to the University of California, Santa Cruz. She says graduate school was not her original plan. Initially, she thought she would continue to work in galleries and museums. She cites her time at Concordia as an influence on her desire to pursue her doctorate, “The flexibility of the well-rounded liberal arts education I received at CSP has allowed me to make the leap from artist to scholar.”

As a first generation college student, Ries was anxious about attending graduate school, but the relationships she built with her CSP professors helped her navigate down the path of becoming a PhD student. “The idea of going to graduate school was overwhelming, but the mentorship and guidance I received from my professors (especially Keith Williams, Stephanie Hunder, and Cate Vermeland) has been an invaluable contribution in my entry and success in my current doctoral program,” she says.

Ries has just finished the second year of her PhD program and has been working on some exciting projects during the process. While she studies in her program, she also works as a teaching assistant in her department (History of Art and Visual Culture), for which she received an ‘Outstanding TA Award’ for 2019-2020. In March, she presented her research on Javanese Mosques at Cornell’s Southeast Asian Conference. She will also be presenting at the “Looted Art and Postcolonial Justice: Decolonizing the Art Museum Symposium” at California State University, Sacramento, in the Spring of 2021. In the meantime, she is finishing an essay for an edited volume that she co-authored with Professor Kathy Foley (UCSC, Theater Arts, Southeast Asian Studies) about wayang golek in Java.