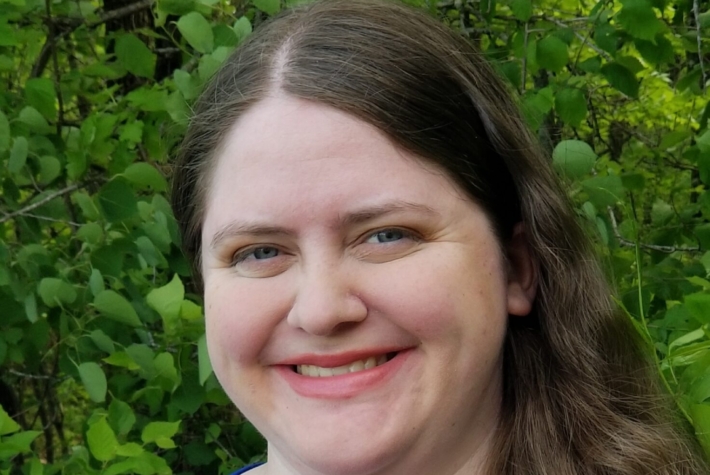 "This [CSP's MFA program] was what I've been waiting for because I’d had questions about writing that I hadn’t been able to answer for myself. That sense of exploration and new discovery has really re-invigorated me as a writer.”

After receiving her Bachelor’s degree in English from Concordia, Jackie Martini chose to return for her Master of Fine Arts degree in Creative Writing.

“I wanted to continue to hone my skills in the craft of writing,” she explained. Martini’s love for her work made her very versatile in her writing because she loves what she does. When discussing what style of writing that she’s interested in, she stated that “I like to write all sorts of things! Currently, I write adventure and fantasy fiction, but I’m also beginning to dip my toes into writing historical detective and science fiction.” Martini decided on Concordia for her graduate program as she knew that the English faculty would be dedicated to helping her be successful.

During her undergraduate years at CSP, Martini had Professor Matt Ryan for creative writing, and he had a substantial impact on her decision to return for her MFA. Martini said, “Matt Ryan, who co-created the program with Dr. Debra Beilke, was one of my advisors and professors when I was an undergrad at CSP. I knew how he ran his classes, and his critique sessions — which are super important to help writers grow and learn — and the idea of returning to such a genuinely helpful environment was what ultimately won me over.”

Some other important factors that Martini considered when she was deciding to start a graduate program were time and money. Her favorite aspect of Concordia’s Creative Writing program was “that it was an online program so that I wouldn’t have to commute every day or try to schedule around the program.” Martini had never taken an online asynchronous class before and was thus uncertain about it. She ended up “really enjoying the format because of how flexible it was, even though I did miss the face-to-face aspect.”

Martini knows that she made the right choice by picking Concordia’s Creative Writing graduate plan. She says, “I feel like the MFA program really got down to the bones of writing as a craft and as an art form. The different ways we discussed structure and style were so interesting to me. Often during a lesson or discussion, I had the thought, ‘This is what I’ve been waiting for’ because I’d had questions about writing that I hadn’t been able to answer for myself. That sense of exploration and new discovery has really re-invigorated me as a writer.”

According to Martini, the MFA program was just like an undergraduate program, but everything was more in-depth. “There was more work and more to think about and learn, but at the same time, you don’t have to feel out of place or nervous just because you’ve entered a graduate program. You’re still a student, and your peers are still your peers, and your professors are still your professors.”